Białystok is the largest city in northeastern Poland and the capital of the Podlaskie Voivodeship.

Białystok is the home city of football club Jagiellonia Białystok.

Located on the banks of the Biała River, Białystok ranks second in terms of population density, eleventh in population, and thirteenth in area, of the cities of Poland. It has historically attracted migrants from elsewhere in Poland and beyond, particularly from Central and Eastern Europe. This is facilitated by the fact that the nearby border with Belarus is also the eastern border of the European Union, as well as the Schengen Area. The city and its adjacent municipalities constitute Metropolitan Białystok.

The city has a Warm Summer Continental climate, characterized by warm summers and long frosty winters. Forests are an important part of Białystok’s character, and occupy around 1,756 ha (4,340 acres) (17.2% of the administrative area of the city) which places it as the fifth most forested city in Poland.

Białystok is one of the largest cultural centers of the Podlaskie Voivodeship. The attractions include performing art groups, art museums, historical museums, walking tours of architectural / cultural aspects and a wide variety of parks and green spaces. Białystok in 2010 was on the short-list, but ultimately lost the competition, to become a finalist for the European Capital of Culture in 2016. 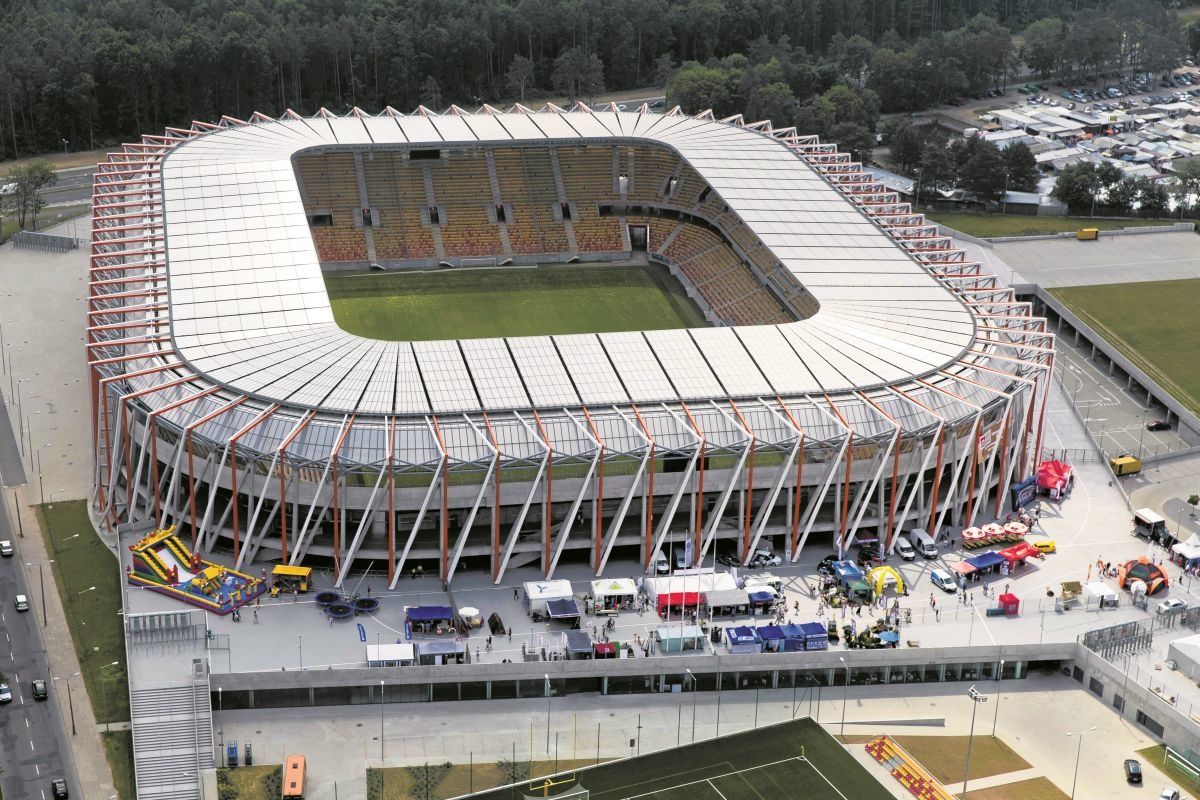 The Białystok City Stadium (Stadion Miejski) is located in Białystok, Poland. It is used by Jagiellonia Białystok.
The stadium recently underwent major redevelopment, completed at the end of 2014, it now contains 22,372 seats.

The stadium is owned by the city of Białystok. 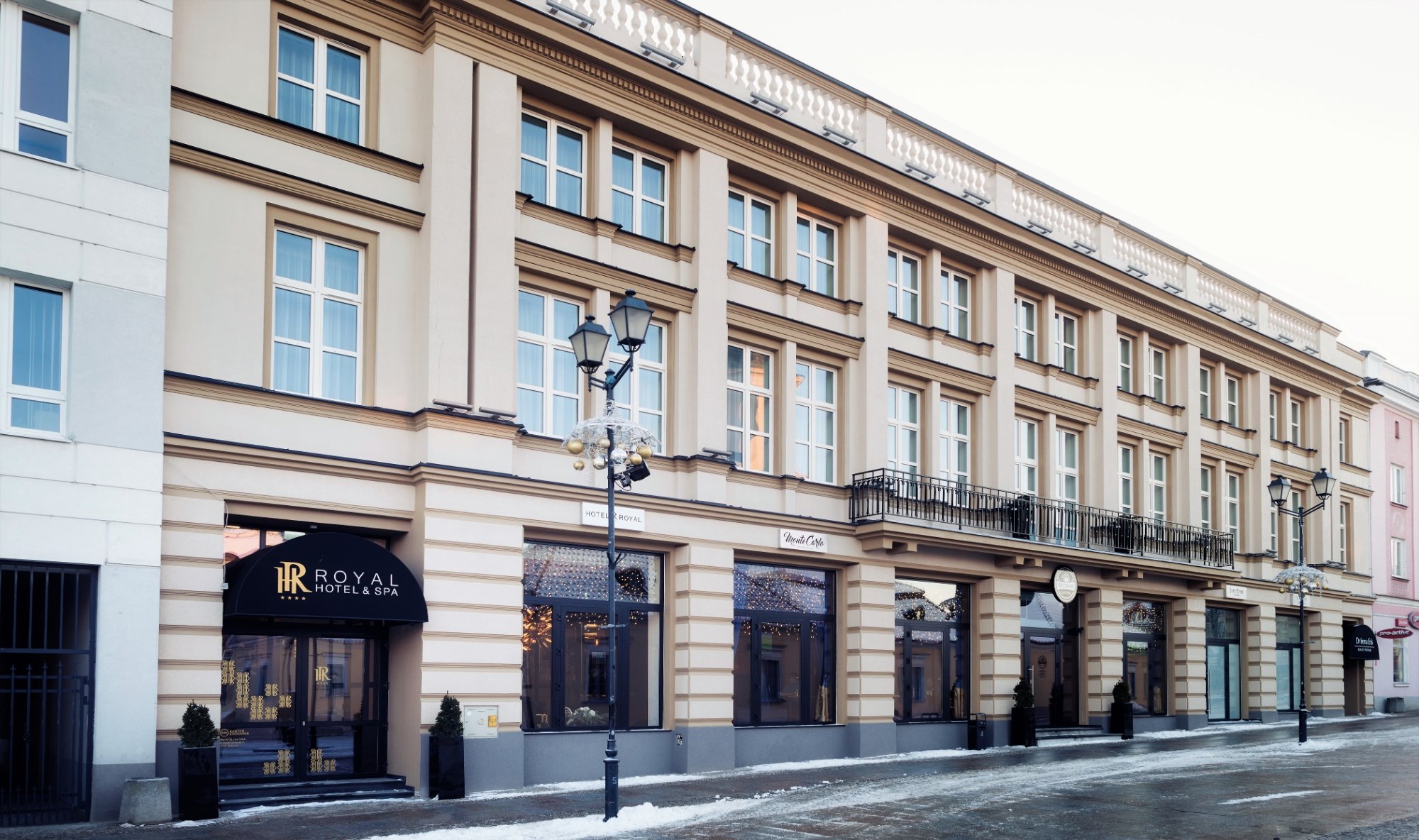 Royal Hotel & SPA is located in the former Trade House at the Market Square. The hotel offers 42 comfortable rooms of 3 different categories. It is a perfect place for business as well as unique place for leisure. There is a guarded parking for over 30 cars. Hotel offers conference room for 70 people, with sophisticated interiors and modern equipment, it is an ideal place for business meetings and small banquets.

In the basement, guests can enjoy hotel owned brewery called “Stary Rynek”. Besides the brewery there are 2 large bars with coffee and wide selection of drinks. At the -1 level there is a smoking room with a choice of cigars.

Brewery and pub can accommodate up to 170 people.

Hotel also offers its’ guests SPA by Dr Irena Eris Beauty Partner. In the nearest time the opening of swimming pool, sauna, Jacuzzi, steam bath and a small GYM are planned to be opened. 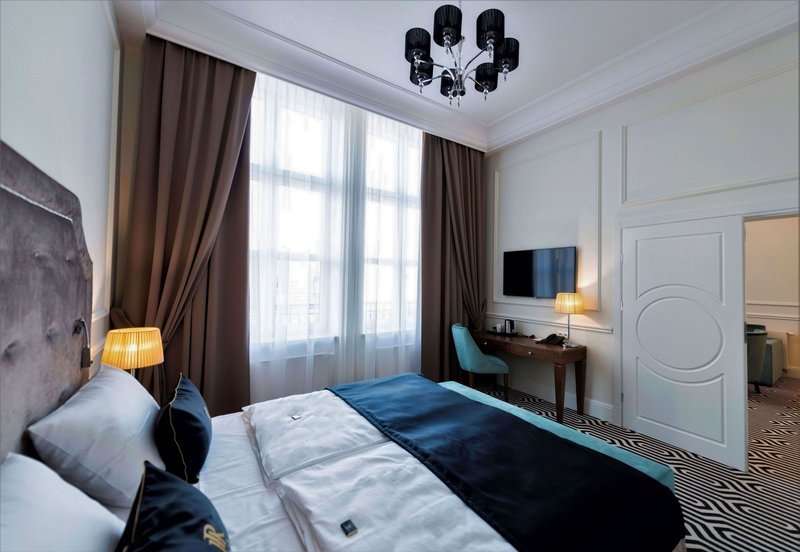 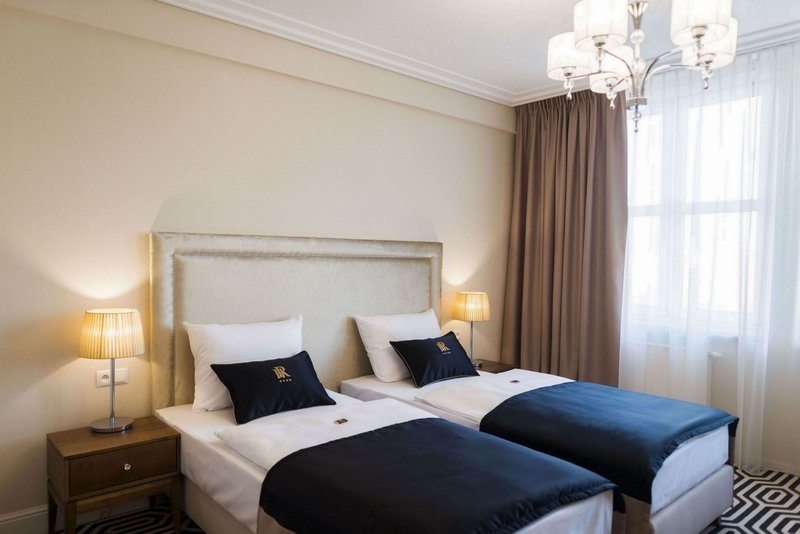 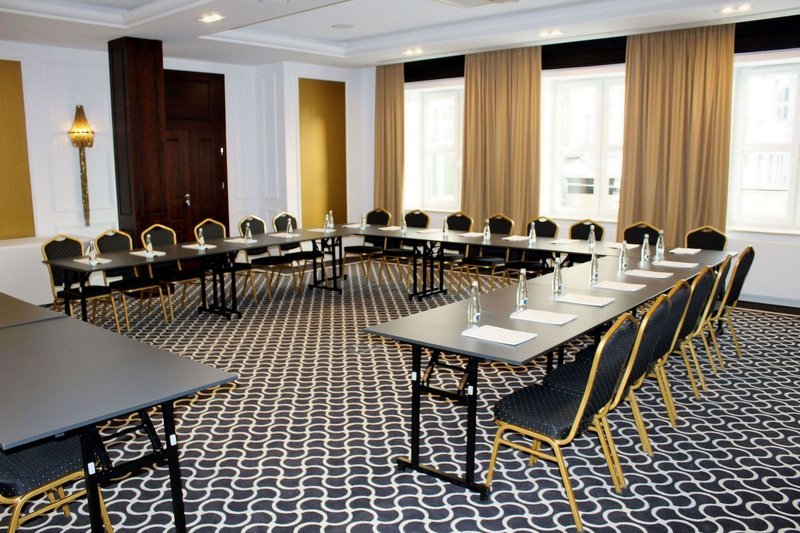 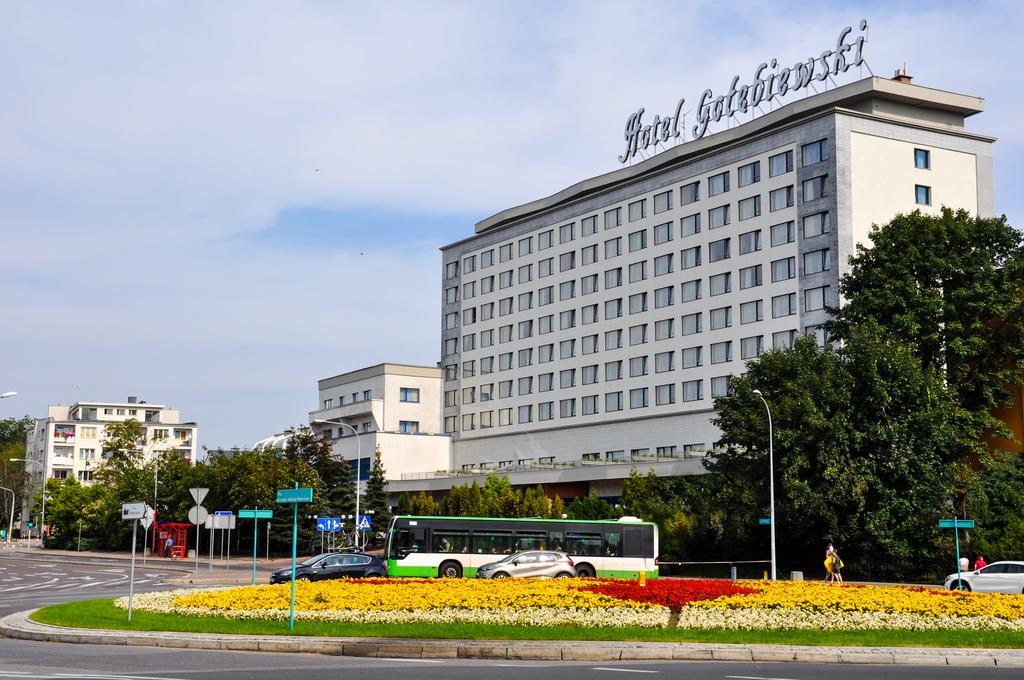 Golebiewski Hotel in Bialystok is situated in the very center of the city — called the capital of Green Lungs of Poland, near the 18th-century baroque Branicky Palace, a theater and the beautiful City Par.

Hotel offers 218 guest rooms. Most of the rooms are for 2 persons with twin beds, the vast majority is equipped with an extra (sofa bed with dimensions of 120 x 170 cm). We also have rooms studio type, where one of the rooms has a double bed, the other two separate beds. We have two rooms 2 personal, which have adapted for wheelchair access. Each of the rooms is equipped with: a bathroom with a shower and a hairdryer, television, phone, manually controlled air conditioning, Internet access. 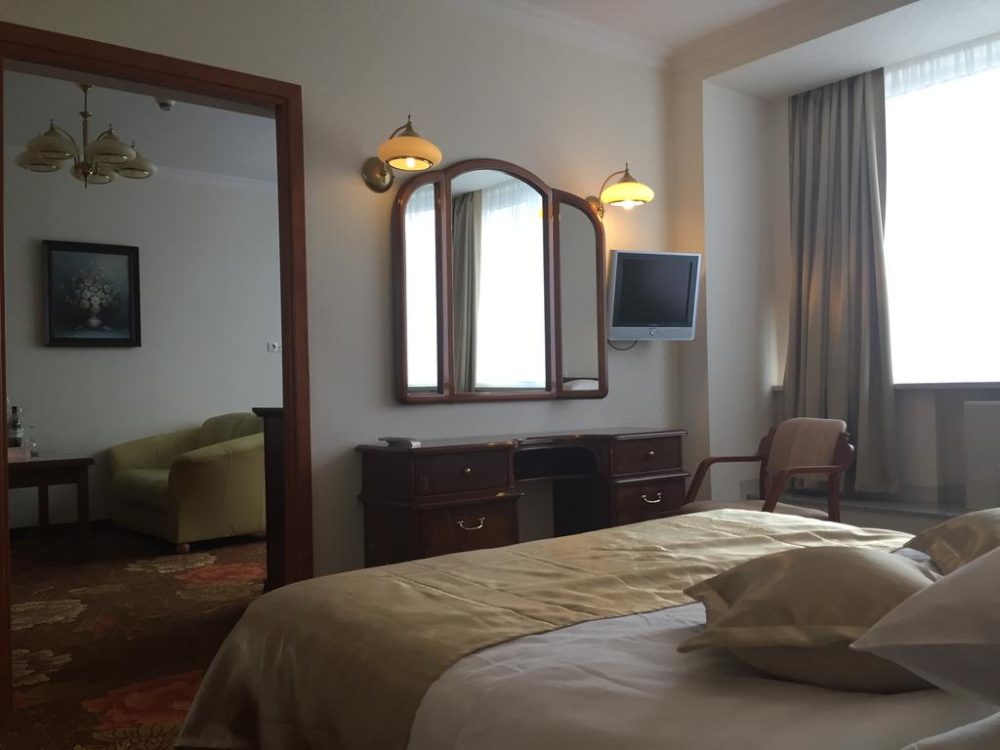 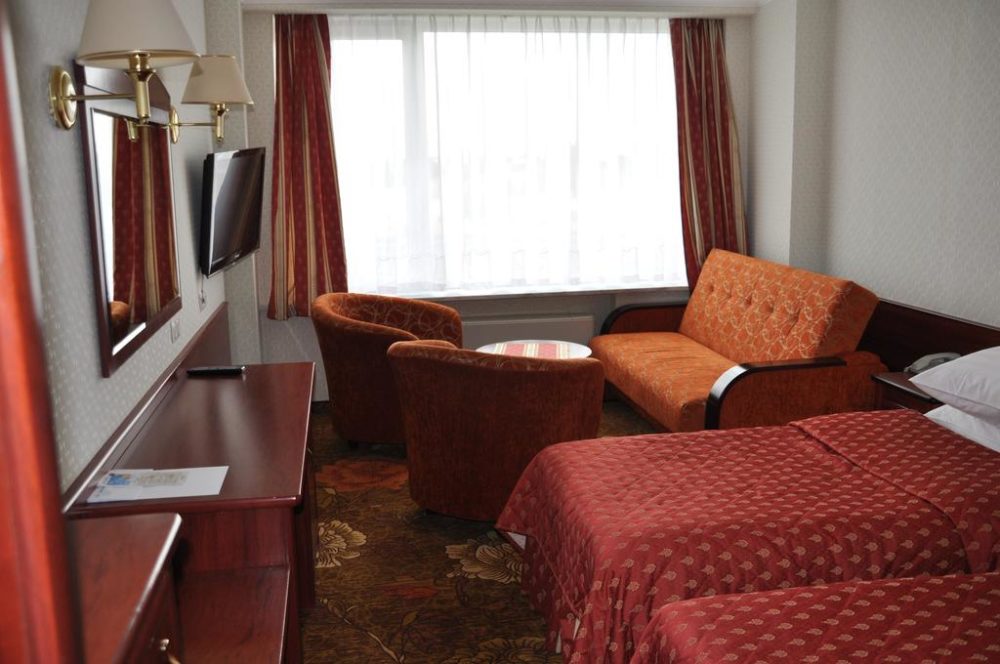 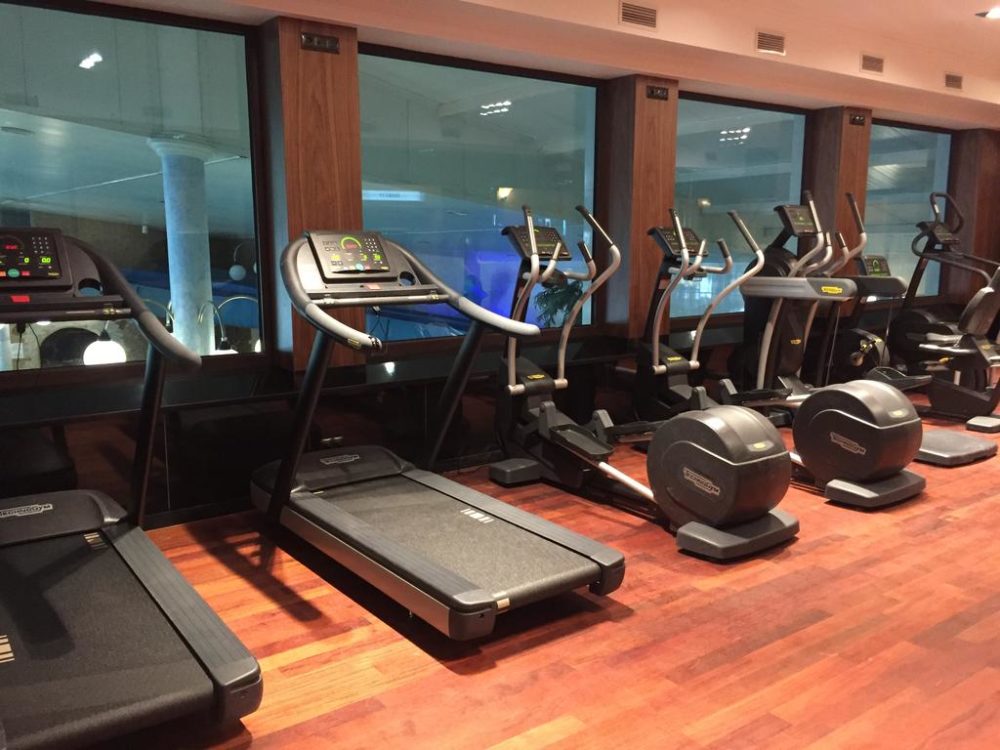 Hotel’s Green Restaurant offers its’ guests delicious dishes a’ la carte, both traditional Polish and European. Situated in the central part of the Hotel Patio Café is an ideal place to relax with friends, as well as for business meetings, where guests can enjoy with exquisite desserts, specialties of the hotel’s patisserie and delicious coffee. There is a Night Club onsite (closed on Sunday and Monday).

Golebiewski Hotel in Bialystok, is the perfect place for conferences, symposiums and trade fairs. The hotel complex has 11 function rooms, including meeting rooms, which can accommodate up to 750 people. 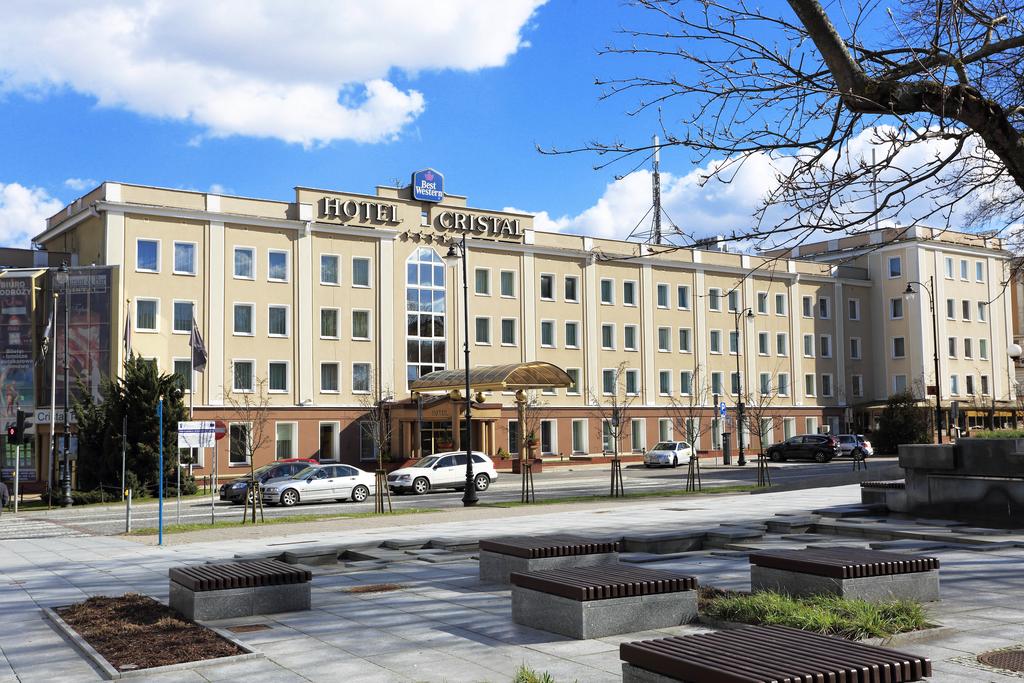 The 4-star Hotel Cristal is located in the centre of Białystok, on the main street of the pedestrian area opposite St. Nicholas Church and just 700 m from the Branicki Palace. The Market Square and City Hall are 100 m away.

All 88 rooms (7 SGLs, 76 DBLs, 5 Apartments) at the Best Western Hotel Cristal come with free Wi-Fi, air conditioning, minibar, LCD TV with cable channels as well as a bottle of mineral water. Each room is spacious and have a private bathroom with a hairdryer. 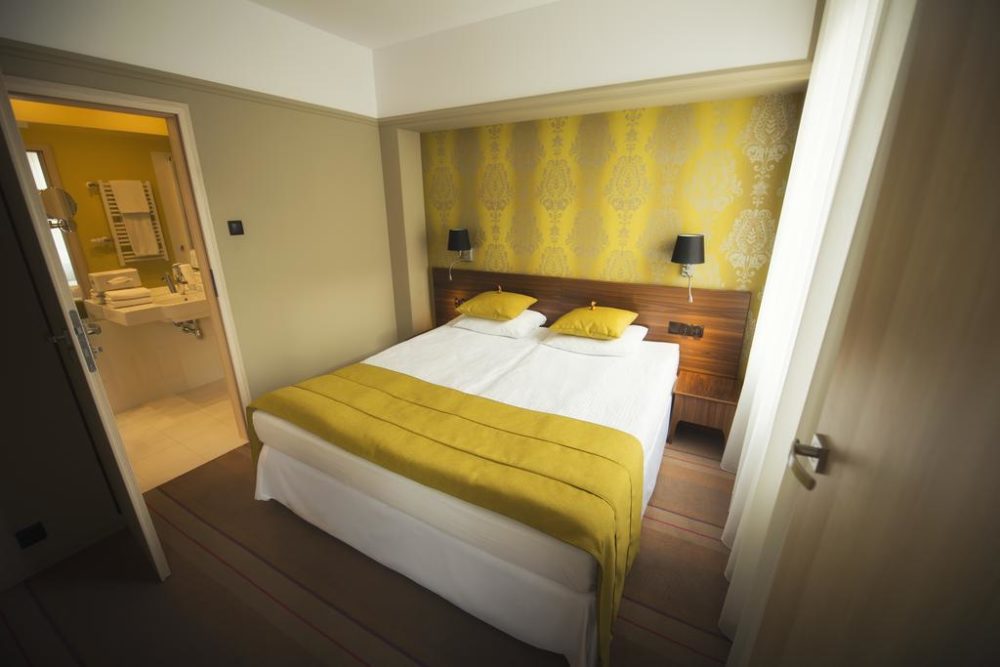 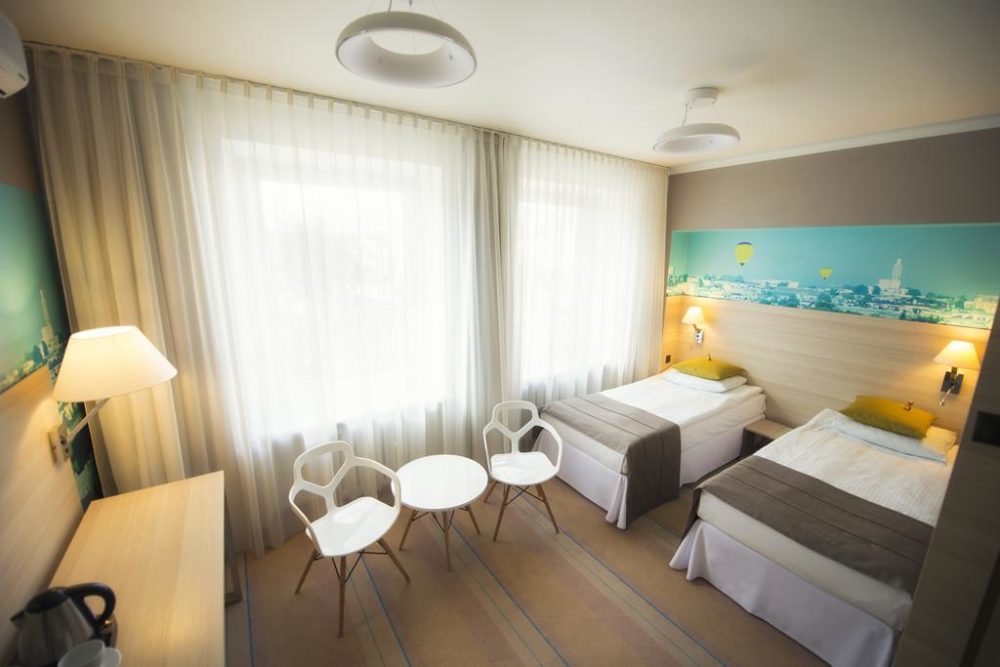 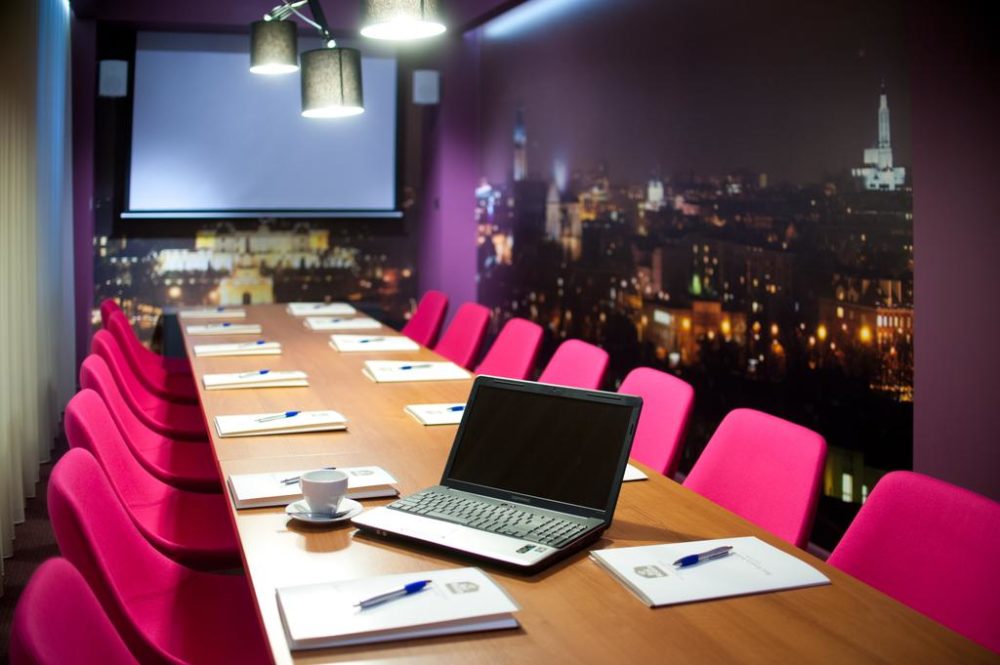 The hotel restaurant, Restaurant & Bar Cristal, serves varied buffet breakfast every morning. It specialises in regional and European dishes, and has been awarded the Slow Food emblem by the Slow Food organisation and featured in the 4th edition of the restaurant guide Gault Millau 2018.

The Restaurant, VIP Bar, Coffee Bar, Orangery — each of these venues has its own style and atmosphere so that you can choose the surroundings for yourselves. Cristal Restaurant & Bar is a perfect place for business meetings, dinner with friends, romantic rendezvous, or a family dinner.