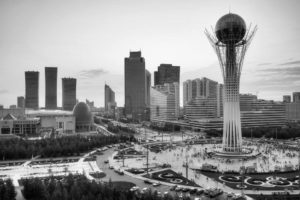 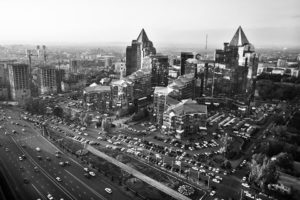 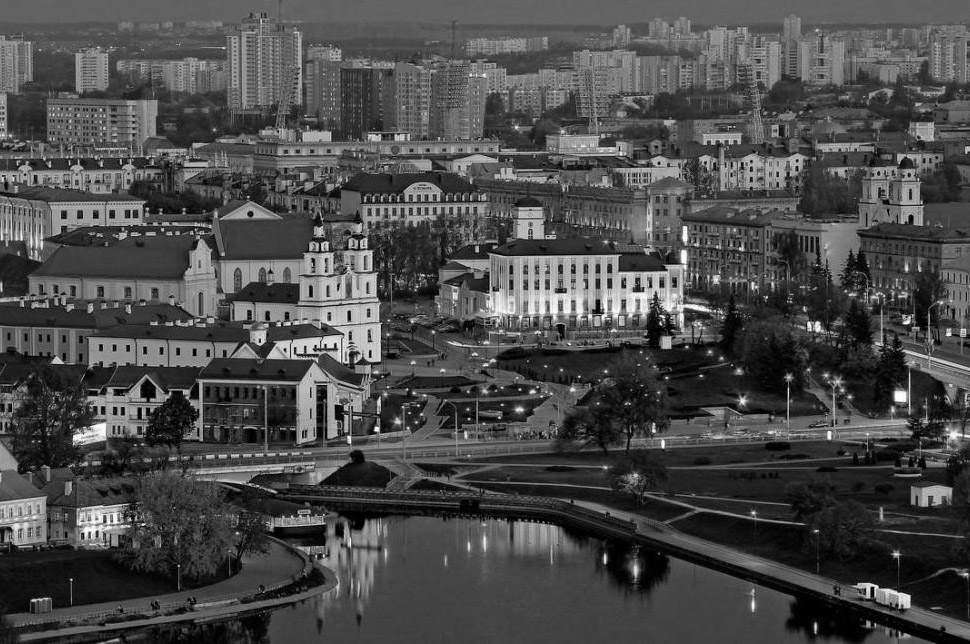 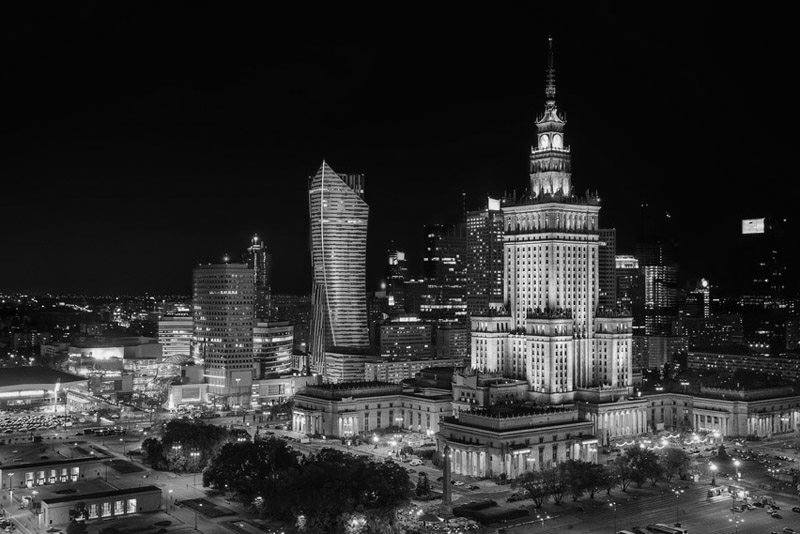 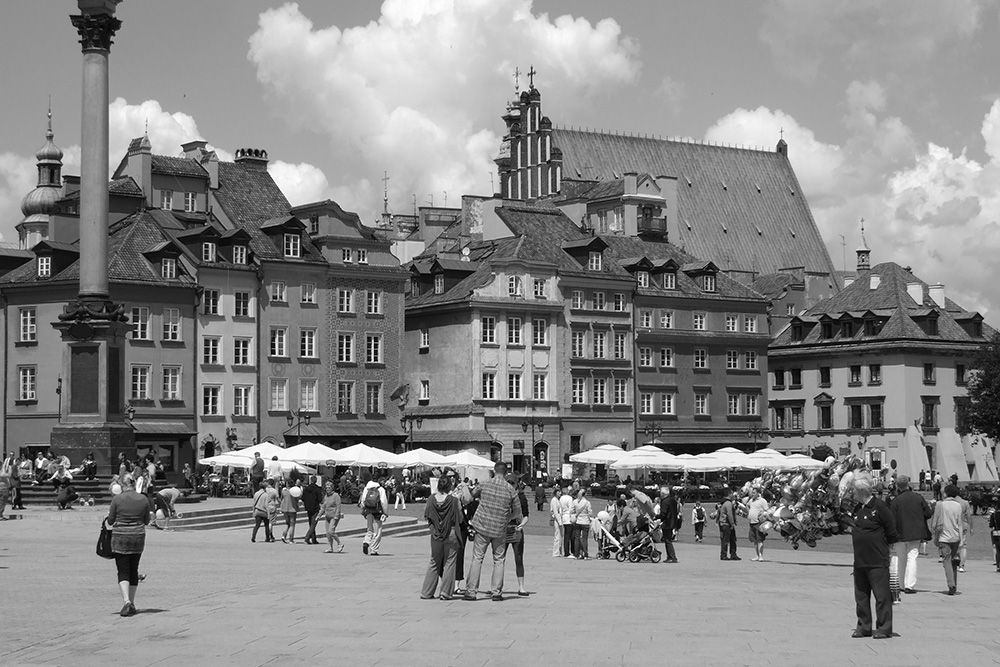 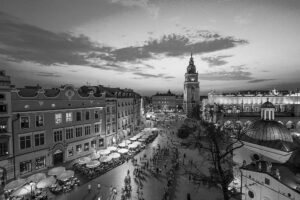 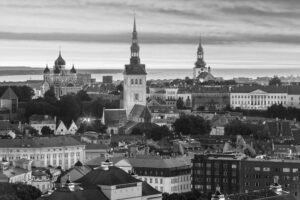 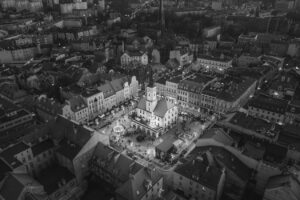 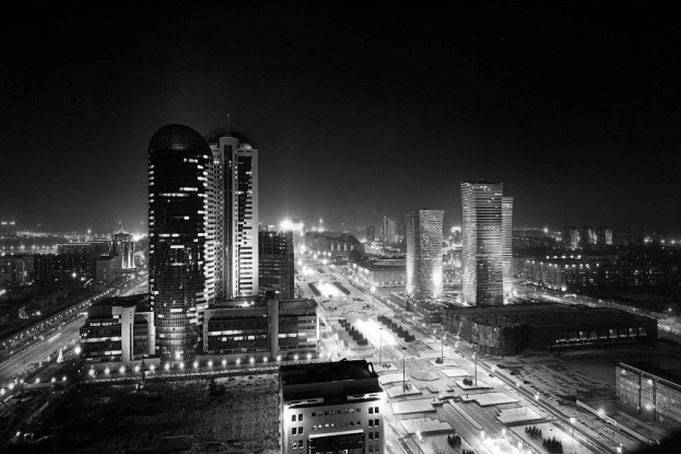 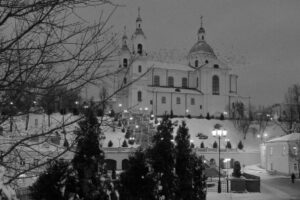 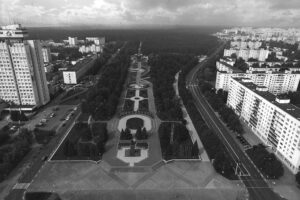 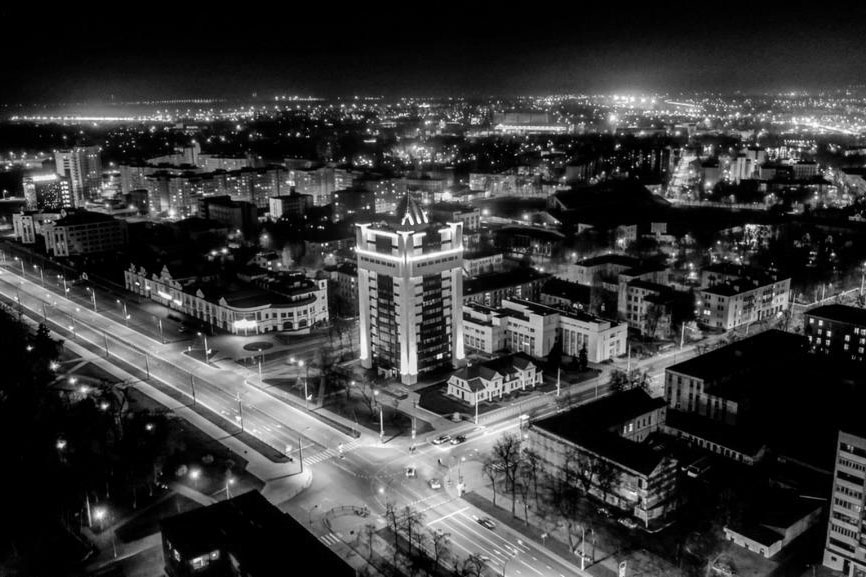 Almaty is the largest city in Kazakhstan, with a population of 1,703,481 people, containing 9% of the country’s total population. Almaty is the major commercial and cultural centre of Kazakhstan. The city is located in the mountainous area of southern Kazakhstan in the foothills of the Trans-Ili Alatau at an elevation of 2,300–3,000 feet (700–900 m), where the Large and Small Almatinka rivers run into the plain

From 1929 to 1991, Almaty was the capital of Kazakh ASSR. After Kazakhstan became independent in 1991, Almaty continued as the capital until 1997, when Astana was designated a return to the historic capital. Almaty remains the largest, most developed, and most ethnically and culturally diverse city in Kazakhstan.

Shymkent is a city in Kazakhstan. It is near the border with Uzbekistan. It is one of three Kazakh cities which have the status equal to that of a region (the city of republican significance). It is the third most populous city in Kazakhstan, behind Almaty and Nur-Sultan, with an estimated population of 1,002,291 as of June 1, 2018. According to regional and city officials, the million resident of Shymkent was born on 17 May 2018. It is a regional cultural centre.

Shymkent features a continental Mediterranean climate with hot, relatively dry summers and cold winters. Winters here are noticeably warmer than in more northerly cities like Almaty and Nursultan, with the mean monthly temperature during the city’s coldest month (January) averaging around −1 °C (30.2 °F). Winter snowfalls are common, although rainfall during that season occurs mixed in with that. Shymkent averages just under 600 millimetres (23.62 in) of precipitation annually.

Minsk is the capital of the Republic of Belarus and its’ geographical heart. Minsk is the largest city in the country with population of 1.7 million people. First mentioned in the Medieval Chronicles under the year of 1067, Minsk of today is the city of wide streets, modern and old architectural ensembles, fountains, shady parks and green boulevards well deserving the opinion of being one of the best cities of the former Soviet Union. The city is situated in a picturesque place on the banks of the Svisloch river which in the old days used to be one of the busiest trade routes connecting the Baltic Sea and the Black Sea. The climate is moderate continental with an average January temperature of -6C and an average July temperature of +18C.

Minsk is the city where one can find the best of the Belarusian cultural heritage — museums, exhibitions, theatres, world famous Belarusian ballet, folk dance and choir performances, etc.

Minsk is the city where everyone feels at ease. The city has lucrative geographic position (700 km West of Moscow, 900 km South of St. Petersburg, 500 km East of Warsaw, 650 km North of Kiev). 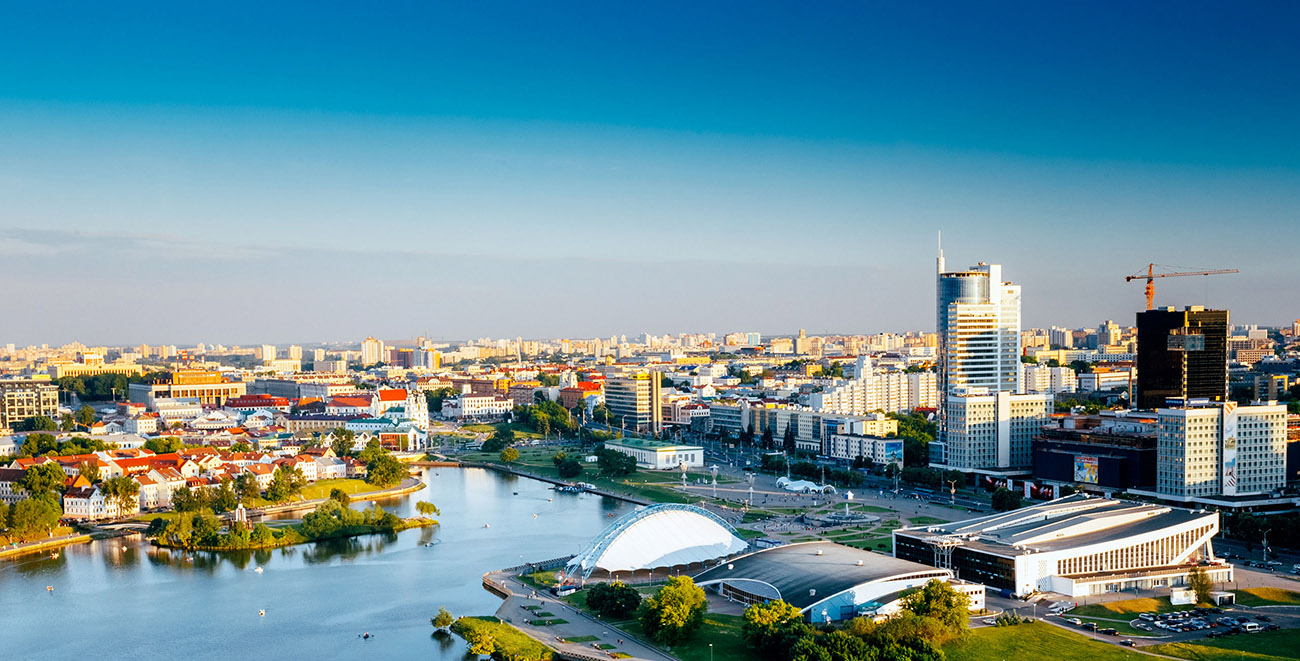 Brest is the city in Belarus, is located in the western part of the country, located  at the border with Poland opposite the Polish city of Terespol, where the Bug and Mukhavets rivers meet, 350 km away from Minsk. Brest is a city with population of 350,616 in 2019 and is the capital city of the Brest Region.

The city of Brest is a historic site of many cultures. It was the location of important historical events such as the Union of Brest and Treaty of Brest-Litovsk. The Brest Fortress was recognized by the Soviet Union as the Hero Fortress in honor of the defense of Brest Fortress in June 1941.

During medieval times, the city was part of the Kingdom of Poland from 1020 until 1319 when it was taken by the Grand Duchy of Lithuania. It became part of the Polish–Lithuanian Commonwealth in 1569. As a result of the Partitions of Poland, it was incorporated into the Russian Empire in 1795. After World War I, the city was conquered by the Second Polish Republic. During the Invasion of Poland by Nazi Germany and the Soviet Union in 1939, the city was first captured by the Wehrmacht and soon passed on to the USSR in accordance with the German–Soviet Frontier Treaty. In 1941, it was retaken by the Germans during Operation Barbarossa. The city was part of the Belarusian SSR until the breakup of the USSR in 1991. Brest is now a part of the independent Belarus. 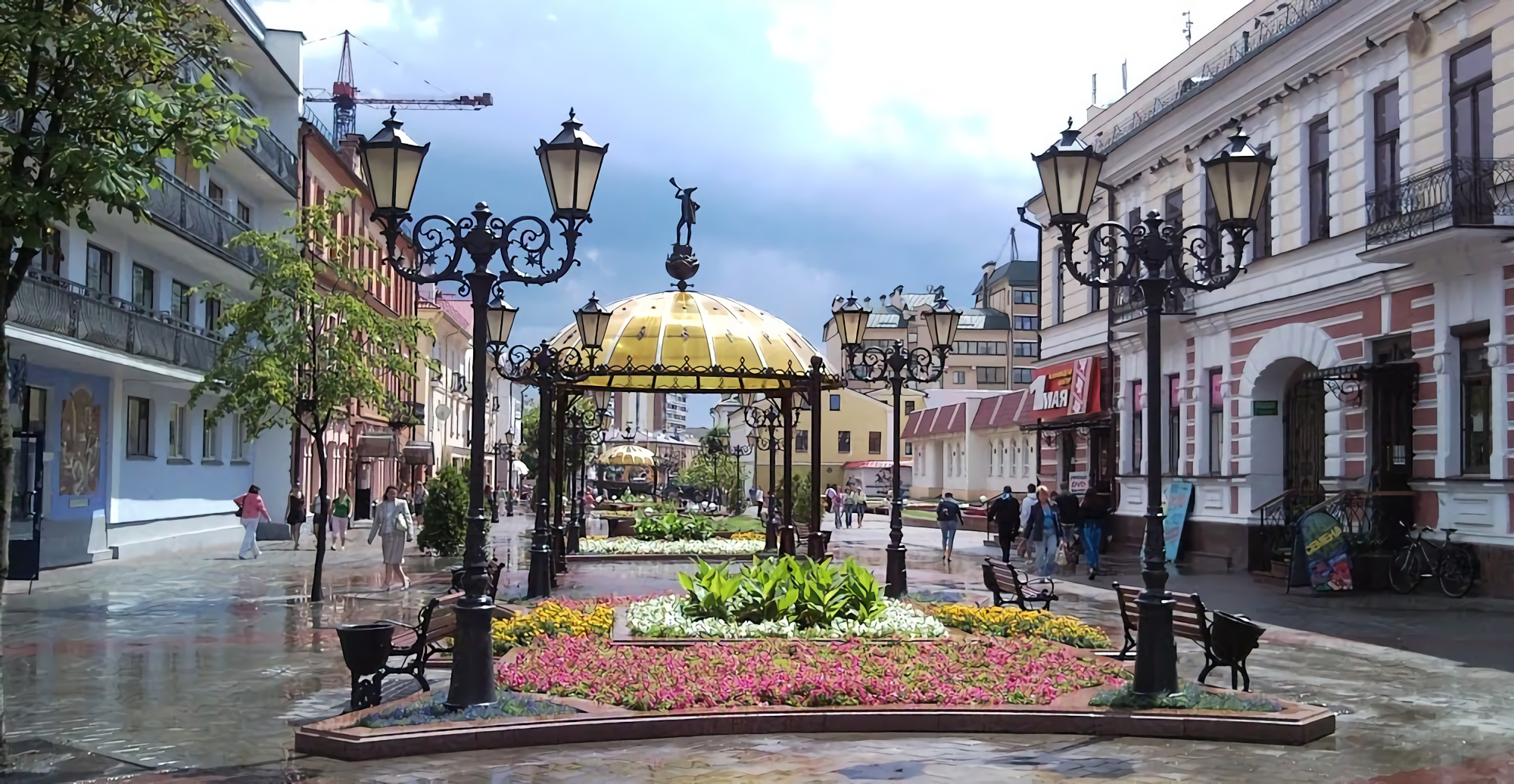 Salihorsk (Belarusian: Салігорск; Russian: Солигорск, Soligorsk) is a city in Belarus. In 2010 its population was 102,335. The city it is one of the country’s newest settlements; its construction begun in 1958.

By January 1, 1964, the city already had more than 18,000 inhabitants, and in May 1963 Soligorsk gained city status. Salihorsk lies in the south of Minsk Region near Slutsk, around 120 km (75 mi) from Minsk. Salihorsk is the home city of Shakhtyor Soligorsk football club as well as HC Shakhtyor Soligorsk in the Belarusian Extraliga ice hockey league.

Vitebsk is a city in the north-east of the Republic of Belarus, the administrative center of the Vitebsk region (population – 347.5 thousand people (2009), area – 96 km²).

Located in the eastern part of Belarus on the Western Dvina River, 272 km away from Minsk, Vitebsk is a major transportation hub, industrial and cultural center of the north of Belarus, the second oldest city in the country.

Vitebsk emerged on the picturesque steep banks of the Western Dvina River and the Vitba River, in the middle of the ancient trade route “from the Varangians to the Greeks”.

Modern Vitebsk is one of the largest industrial centers of the Republic, a city with a highly developed industry, science and culture. The city’s streets and squares are impressive with a great variety of monuments of architecture and environmental art.

Warsaw (Polish: Warszawa) is the capital and largest city of Poland. Warsaw stands on the Vistula River in east-central Poland and its population is officially estimated at 1.765 million residents, which makes Warsaw the 8th most – populous capital city in the EU. Warsaw is a major international tourist destination, and a significant cultural, political and economic hub. With a nominal GDP of $230 billion (PPP), it is the wealthiest capital city in Central and Eastern Europe alongside Berlin. Moreover, its historical Old Town was designated a UNESCO World Heritage Site.

Warsaw is one of the Europe’s most dynamic metropolitan cities. In 2012 the Economist Intelligence Unit ranked Warsaw as the 32nd most liveable city in the world. In 2017 the city was on the 4th place in the “Business-friendly” category and 8th in “Human capital and life style”. It was also ranked as one of the most liveable cities in Central and Eastern Europe.

Cracow or Krakow, is the second largest and one of the oldest cities in Poland. Situated on the Vistula River in the Lesser Poland region, the city dates back to the 7th century. Kraków was the official capital of Poland until 1596 and has traditionally been one of the leading centres of Polish academic, economic, cultural and artistic life. Cited as one of Europe’s most beautiful cities, its Old Town was declared a UNESCO World Heritage Site.

The city has grown from a Stone Age settlement to Poland’s second most important city. It began as a hamlet on Wawel Hill and was already being reported as a busy trading centre of Central Europe in 965. With the establishment of new universities and cultural venues at the emergence of the Second Polish Republic in 1918 and throughout the 20th century, Kraków reaffirmed its role as a major national academic and artistic centre. The city has a population of about 770,000.

In 1978, Karol Wojtyła, archbishop of Kraków, was elevated to the papacy as Pope John Paul II—the first Slavic pope ever, and the first non-Italian pope in 455 years. Also that year, UNESCO approved the first ever sites for its new World Heritage List, including the entire Old Town in inscribing Kraków’s Historic Centre. Kraków is classified as a global city with the ranking of high sufficiency by GaWC. Its extensive cultural heritage across the epochs of Gothic, Renaissance and Baroque architecture includes the Wawel Cathedral and the Royal Castle on the banks of the Vistula, the St. Mary’s Basilica, Saints Peter and Paul Church and the largest medieval market square in Europe, the Rynek Główny. Kraków is home to Jagiellonian University, one of the oldest universities in the world and traditionally Poland’s most reputable institution of higher learning.

Poznań is a city on the Warta River in west-central Poland. It is best known for its renaissance Old Town and Ostrów Tumski Cathedral.

Today, Poznań is an important cultural and business centre and one of Poland’s most populous regions with many regional customs such as Saint John’s Fair, traditional Saint Martin’s croissants and a local dialect.

Białystok is the largest city in northeastern Poland and the capital of the Podlaskie Voivodeship.

Białystok is the home city of football club Jagiellonia Białystok.

Located on the banks of the Biała River, Białystok ranks second in terms of population density, eleventh in population, and thirteenth in area, of the cities of Poland. It has historically attracted migrants from elsewhere in Poland and beyond, particularly from Central and Eastern Europe. This is facilitated by the fact that the nearby border with Belarus is also the eastern border of the European Union, as well as the Schengen Area. The city and its adjacent municipalities constitute Metropolitan Białystok.

Gliwice is a city in Upper Silesia, in southern Poland. The city is located in the Silesian Highlands, on the Kłodnica river. It lies approximately 25 km west from Katowice, regional capital of the Silesian Voivodeship.

Gliwice is the westernmost city of the Upper Silesian metropolis, a conurbation of 1.9 million people, and is the third-largest city of this area, with 179,806 permanent residents as of 2018.

Tallinn is the capital and largest city of Estonia. It is situated on the northern coast of the country, on the shore of the Gulf of Finland, 80 km (50 mi) south of Helsinki, east of Stockholm and west of Saint Petersburg. Tallinn occupies an area of 159.2 km2 (61.5 sq mi) and has a population of 440,950. Approximately 32% of Estonia’s total population lives in Tallinn.

Tallinn Airport is the largest airport in Estonia and serves as a hub for the national airline Nordica, as well as the secondary hub for AirBaltic. Tallinn Airport is open to both domestic and international flights. It is located approximately 4 km from the centre of Tallinn on the eastern shore of Lake Ülemiste. It was formerly known as Ülemiste Airport.